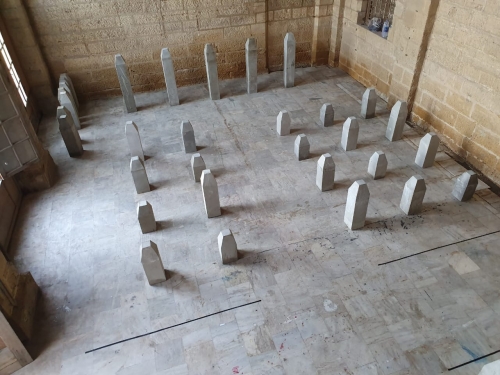 Artists and Activists See Tighter Controls on Expression in Pakistan

Workers removed tombstones that were part of Adeela Suleman’s exhibit at Frere Hall in Karachi, Pakistan

last week than she had an encounter that artists, writers, journalists and activists say has

become common under the current government: It was shut down.

Her installation, a work that referenced the case of a police officer accused of being

behind more than 400 murders and assassinations, was then wrecked and carted off in

Pakistani authorities are cracking down on free speech, a move critics say reflects a

regulator and security officials, according to local journalists.